While there are millions of people today who have healthcare insurance thanks to the Affordable Care Act (also known as Obamacare), there is also a large segment of the market – roughly 28 million4 of us – who must pay the full price of insurance coverage to help keep things affordable for everyone else. Paying full price feels a bit like being beaten over the head by Negan from the “Walking Dead” and his beloved barbed wire bat. Helpless, that is the feeling I get when I see the 2017 Obamacare premium that my family has to choose from.

The reality is that, when it comes to paying for health insurance benefits these days, even middle-income earners in America can essentially fall through the cracks. For these forgotten Americans, health insurance is now often one of their biggest monthly expenses. In reality, coverage for them and their family may instead be just a thing of the past.

The self-employed entrepreneurs are the forgotten Americans who are being forced between a rock and a hard place when it comes to health care. Higher insurance premiums – much higher in many cases – which can often be enough for them to look in places other than the Obamacare marketplace exchanges for their insurance coverage…. or, to go without coverage altogether. It’s the hardest working group of people in America that are now paying the price.

Is Obamacare Really All It’s Cracked Up to Be – Or Is It Just All Cracked Up?

Over the past few years, the United States has been subjected to the “Affordable Care Act” and all of its coverage regulations. Yet, while it has made health insurance affordable for some, it has also priced itself out of the budgets of many hard working American citizens.

There are many people who think that Obamacare is wonderful, and who argue that this system should stay intact. Yet, when I talk with those who are in favor of it, it turns out that many of these people receive their insurance coverage through their employer…an employer who is required to pay at least 50% of the cost.

Unfortunately, a majority of these folks just simply don’t understand what Obamacare has done to the premiums of those who “earn too much” in order to receive premium subsidies.

In fact, of the 11.1 million people who are enrolled in Obamacare plans, roughly 9.4 million of them are receiving premium subsidies.1 These subsidies can help to cushion the blow of vastly increasing premiums on the marketplace exchange.

But what about the rest of us? What about those who earn more than 400 percent of the poverty level, and will have their pockets emptied by paying the full price of their monthly health insurance bill?

It is estimated that today, there are approximately 15 million self-employed workers in the U.S. As entrepreneurs, we often straddle that fine line between an individual and a business. Because self-employed workers technically qualify as individuals for health insurance purposes, you do have the option of purchasing coverage from the exchange.

But when these premiums become astronomical, it will take much more innovation in order to “fix” our current health insurance debacle for both higher income earners, as well as for the insurance carriers that are also being squeezed.

What Americans who get healthcare through an employer don’t understand.

While many people may tout on about how they think that Obamacare is such a success, when you take a closer look at who’s shouting the loudest, it is often those who get their health care coverage from their employer or who qualify for a subsidy to help reduce the cost of the monthly premiums.

But many of these folks who are in favor of Obamacare are our friends or family members who also happen to be getting at least 50% of their premium paid for by their employer (which is an employer’s mandatory supplementation in a group plan) – and in many cases, it’s closer to 83 percent employer paid for single individuals, and 72 percent for families.2

For employees, Obamacare might be a success. But I bet you’d get a different answer if you talked to their employer or someone who is self employed who does not qualify for a subsidy.

Looking ahead for 2017, things don’t look much better. In fact, now that the 2017 rates have been finalized, Obamacare premiums are anticipated to increase by an average of 25 percent nationwide, based on information from the Kaiser Foundation. And, the ten hardest hit states will see rates surge upwards of more than 60 percent.

How much can a Family earn and not qualify for a subsidy?

How bad is it for a family of 3 with no subsidy on a silver plan.

I’m part of a family of three. My wife and I, both young and healthy, rarely see a doctor. My young son is also very healthy. Neither my wife nor I are employed by someone else. In fact, we both work very hard in our own respective businesses – so much so, that we are “privileged” to pay 100 percent of our healthcare premium via the exchange, which for 2017 would be in excess of $1,000 per month on the silver plan…with a whopping family deductible of $6,000! Out of pocket costs would total $18,285 before this plan would start assisting with the medical bills and then once you meet your premiums and deductibles you could easily be looking at out of pocket cost of $24,336 for the year.

Who does not qualify for a subsidy 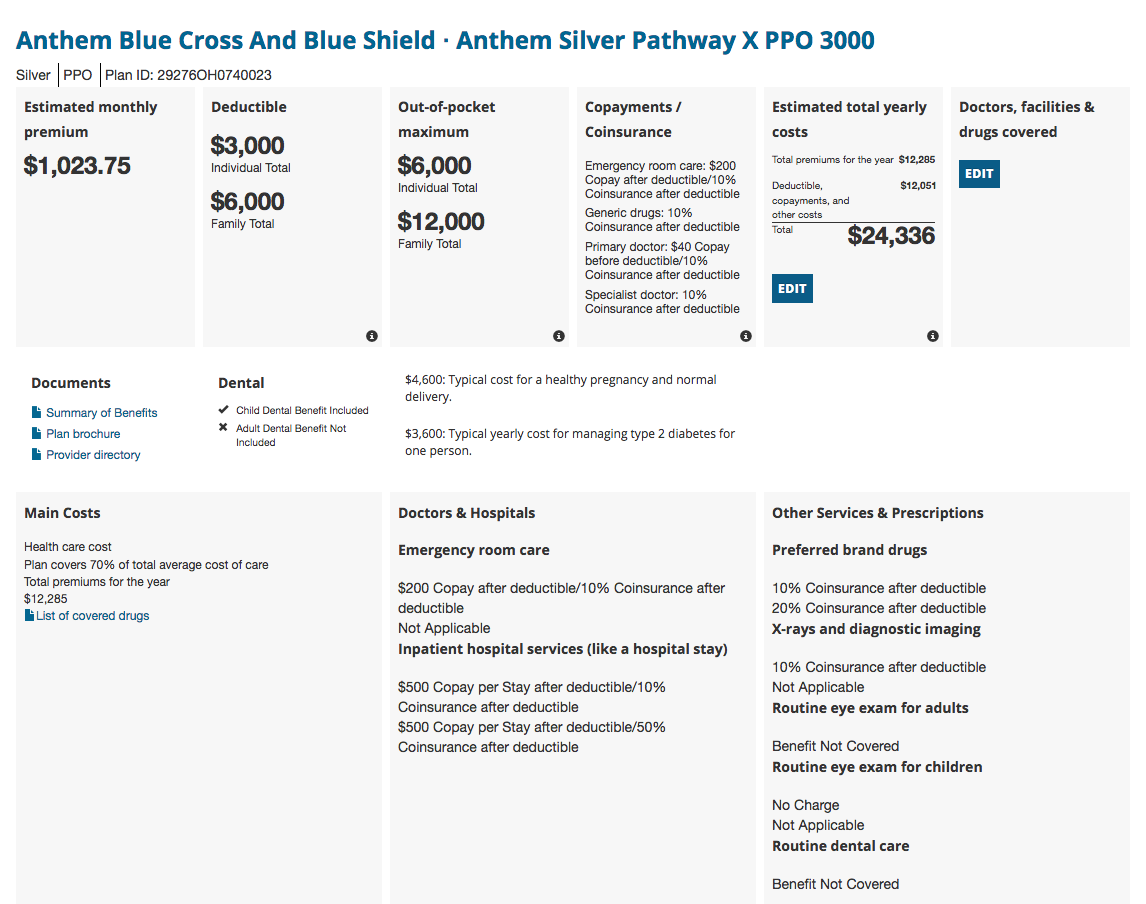 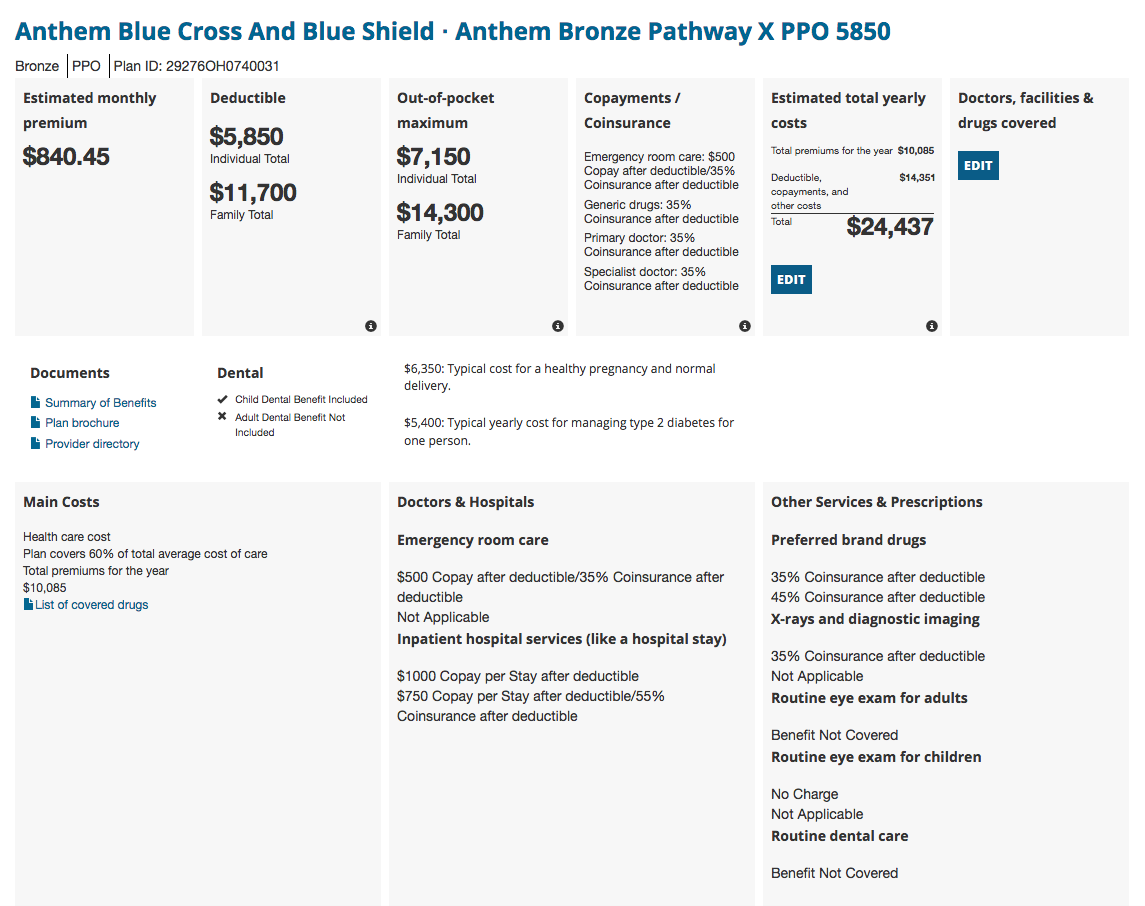 Obamacare is now one of my family’s single biggest monthly expense.

Where do I go from here?

I could go with an HMO plan from the exchange, which still costs $600 a month or $7200 a year with a $14,300 family deductible before anything is covered. I will never buy an HMO plan for the simple reason that I don’t trust the doctors that take this type of coverage.  Any way I turn on the exchange, I am looking out of pocket cost of $20,000 to $24,000 before we have any coverage.  Where do I go from here? Do I pay the premiums and know that I’ll still have no coverage until I meet my astronomical deductible – which basically means self-funding up to $24,000, so really what’s the point?

After running the numbers, I’m better off by putting the $24,000 in the bank and self-funding my healthcare cost. Doing that can also “cost” me because I’ll get hit with a penalty for not carrying an ample amount of health insurance coverage.

For the tax year 2017, and beyond, the percentage option will remain at 2.5%. But, the flat fee will be adjusted for inflation. So, going forward with the no coverage alternative will likely cost me even more in the future.

I may end up just buying a short-term plan that will last for a year. That way, I’ll still be covering most of my healthcare cost with this plan. Yet, I’ll still get hit with the penalty. So, why consider going this route.

Well, this would at least cover myself and my family “just in case.” Unfortunately, unexpected illnesses and accidents can, and often do, occur. Therefore, just in case of a major medical issue, this plan would provide me with protection.

With this type of plan being my “last resort,” here are my viable options: 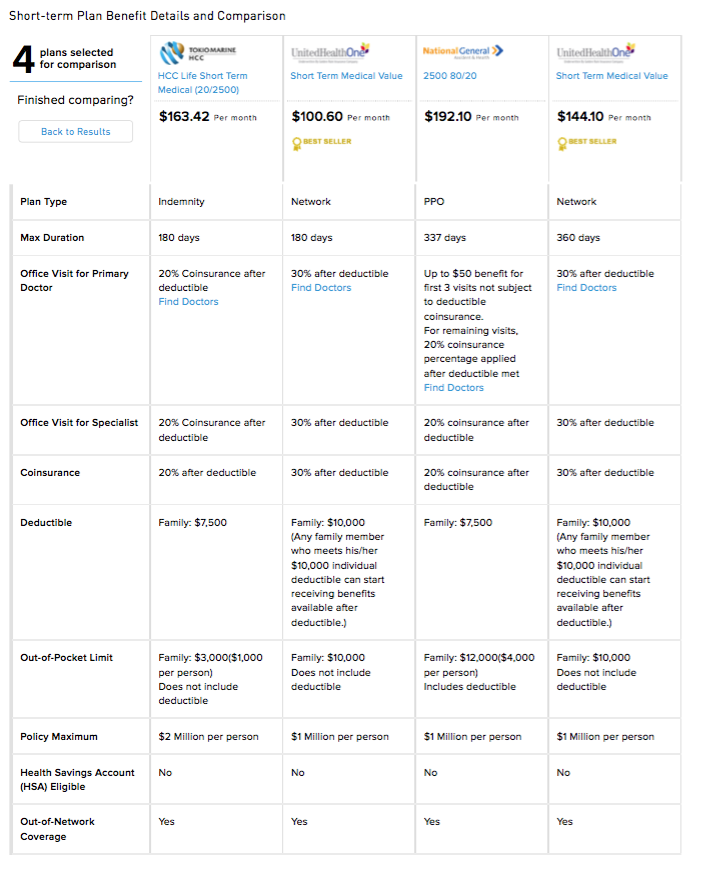 Who Wins and Who Loses with Obamacare

While the Obama administration also insists that all is well with the ACA (Affordable Care Act), it is likely that some (or at least, some should) realize that this is due in large part to the many millions of people who receive premium subsidies. In 2016, for enrollees across the country, these subsidies were an average of more than $290 per month. If I were eligible for a premium subsidy, my plight above would probably be a non-event. Because with a “savings” of nearly $300 per month, my healthcare would be “affordable,” too.

For those who are considered to be low and middle income, and who are buying their health insurance via these exchange, eligible enrollees can receive a subsidy that comes in the form of a tax credit.

Many of these enrollees will opt to take these credits in advance. This means that they will have their subsidy paid directly to their health insurance carrier every month – and in turn, it offsets the amount of the premium that is due.

Alternatively, an enrollee could opt to instead pay the full price for their health insurance coverage all year, and then claim their subsidy as one lump sum when they file their income tax return. So far, so good. But, as we now know, there is a catch.

First, these premium subsidies are only available to enrollees provided that their income is between 100 and 400 percent of the federal poverty level. (And regardless of your income, if you get your coverage off-exchange, you won’t be eligible for a subsidy). In addition, the amount of the subsidy that a person receives is tied to the cost of the second-least expensive Silver plan in your area.

So, in other words, while it is true that having an income of up to 400 percent of the federal poverty level can essentially make you eligible for a premium subsidy, there is still yet another piece of the puzzle – and that is the fact that the premium of the second-lowest Silver plan in your exchange is factored as a percentage of your income.

Here’s something else that many people may not realize, and that is that subsidies can actually fluctuate quite a bit from one exchange to another – and even among different regions of the same state. This, too, can make a difference in whether or not you receive a subsidy, and how much it may be.

So, what about those people who earn more than 400 percent of the federal poverty level and who don’t get their healthcare coverage through their employer? Well, it looks like you have a big decision to make.