Any successful insurance agent knows that in order to remain competitive in this business, you’ve got to have people to talk to – and not just any people, but good, exclusive life insurance leads that are qualified.

The generation of good life insurance leads has in fact been the subject that haunts most struggling insurance agents – especially once they have depleted their initial “warm natural” market. In the past, if an agent was not able to prospect very well, he or she had a pretty slim chance of making it in this highly cut-throat industry.

Today, however, there are ways that agents can help themselves – and actually prosper quite nicely – by having a list of “ready to buy” prospects in front of them every day. Rather than trying to find the proverbial needle in the haystack in terms of people who might be interested in their offerings, agents can now begin their days knowing that they’ll be talking with individuals who at least have an interest in the coverage products that they have to offer. They can do this by buying their insurance leads.

Life insurance leads can be difficult to generate which we will get into below, though – and they don’t always come cheap to the companies that are harnessing them and, in turn, providing them to the insurance agents. So, this raises an interesting question – is it harder to initially develop the lead or to sell the lead once it’s been generated?

At first glance, this may sound like a “which came first, the chicken or the egg” type of question. After all, selling insurance has never been accused of being an “easy” profession to make a living in. But honestly, neither is generating exclusive life insurance leads.

The truth is that, as a life insurance lead generator, I can tell you from first-hand experience, it is a lot of work. Leads can be brought in based on a variety of different methods, including SEO, keywords, direct mail, and pay-per-click advertising. Yet, because of the way in which Google is changing, it can be extremely difficult – especially for smaller companies – to keep up with the big brands.

So, just how difficult is it to develop a life insurance lead?

Let’s use an example of developing leads in my particular vertical. I’m trying to develop leads, and also to generate exclusive leads for the life insurance niche. As a smaller player in the lead generation marketplace, I’m actually competing against one of the hardest verticals for lead generation than any other.

For instance, I’m going up against some of the most recognized names in the country, like State Farm, who – according to SEMrush – advertise for 6,400 keywords, and spend an estimated $1.5 million per month just on pay-per-click ads alone.

To give you an example of what their advertising efforts get them, State Farm ranks for 4.8 million keywords. It also has the domain authority to rank on the first page for any keyword that they target. That’s a lot of authority! But they’re just one of the many that are in this vertical that I – one of the little guys trying to make it – are up against. Talk about some stiff competition!

A lot of your traffic – and conversion – can be accomplished (or not accomplished) through the copywriting that is used, as well as how and where keywords are strategically placed. Calls to action and Opt-ins can also be utilized, depending on the situation.

With so much competition there is a great deal of anxiety that can go along with developing leads, too. In this vein, you know that you have any number of agents relying on you for their bread and butter – especially because you know that the lead must be of good quality.

You also want to ensure that the leads will convert. Otherwise, the agent has just basically wasted his or her time. I think that this alone is one reason why developing leads can be much harder than selling them.

Selling the Lead – The Best Tool To Use

When it comes to selling the lead, there are also certainly both some challenges and some advantages for agents. But these can differ based on the individual agent, as well as what the primary focus is. We use Fat Agent to manage and sell our leads.

First, we’ll look at the challenges. I don’t think that any agent who has ever tried to sell a lead would disagree with the fact that there’s an enormous amount of competition in this area. In fact, when I first started in the insurance business, I was purchasing what I thought were “fresh” leads – and maybe they were.

Unfortunately, even though the prospect was often ready to buy, I was also oftentimes competing with three or four other agents for the business – on the very same lead. None of these leads were exclusive. So, at $15 per lead, that became frustrating. What it did for me, though, was it gave me a sense of urgency in getting to the lead much faster if I wanted to make the sale!

Yet, even with the frustration and the urgency with selling leads versus developing them, there is still, in my mind, plenty of advantages in that there is far less pressure knowing that all you have to do is sit back and wait for the leads to come in. I’ve personally been on both sides of the gate, and I know that having qualified fresh exclusive leads each and every day can make life as an agent pretty nice – and because of that, there are agents who will pay good money in order to have a list of potential buyers waiting for them every morning out of the chute.

As someone who has developed life insurance leads and bought leads, I will tell you developing the lead is much tougher than selling the lead.

As a lead generator, I know that in order to truly make the process work, though, the leads have got to be qualified. While this can be frustrating to an agent who is working to sell the lead, it can also produce additional pressure on a company that is working to develop a lead as well.

For the companies that are able to produce not just leads, but well-qualified leads, this can become an extremely profitable business model. For example, over the past several years, several lead generation companies have sold for millions of dollars.

For example, in 2012, InsuranceAgents.com reportedly sold for the sum of $24 million to Bankrate.com. Bankrate has also purchased similar lead generation sites NetQuote, Insureme, and InsWeb. Just recently, Bankrate then sold to All Web Leads a block of websites such as Netquote.com, among others, for a reported $160 million.

Developing quality life insurance leads today is literally a full-time job in and of itself. So, it is a rare individual or company that can both develop and sell leads at the same time successfully. My advice is that unless you have in-depth experience with SEO from an insurance industry standpoint, selling the lead may be the better way to go for most people. 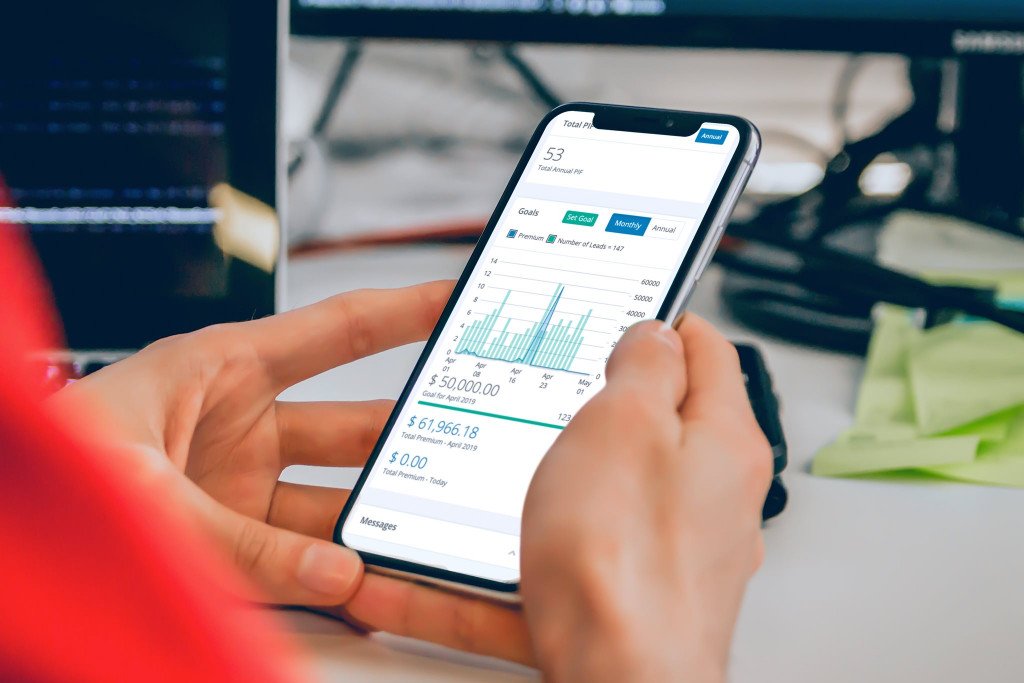